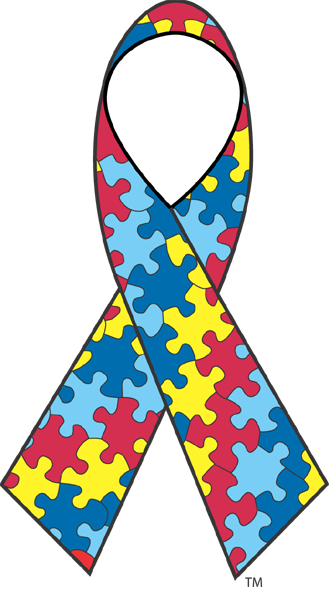 Autism Spectrum Disorder (ASD) is a range of complex neurological disorders that are characterized by impairments in three core areas: communication deficits, social difficulties, and restricted and repetitive behaviors. Some individuals with ASD may also have associated characteristics, such as:

ASD is diagnosed through the Diagnostic and Statistical Manual of Mental Disorders, or DSM-V, which was recently updated to encompass the “spectrum” of autism. The previous manual diagnosed four separate disorders: autistic disorder, Aspergers disorder, childhood disintegrative disorder, or the catch-all diagnosis of pervasive developmental disorder not otherwise specified. Those are now all considered ASD, and are the “spectrum” of possible autism disorders.

It is important to remember that each individual with autism is unique; while they may have certain core characteristics that diagnose them as being on the “spectrum,” their personalities and interests – and their autism – can vary as much as their “neuro-typical” peers.

Autism typically appears during the first three years of life because children may not be achieving certain milestones and parents become concerned. Sometimes ASD’s are not diagnosed until later, when social differences become more pronounced in school settings. A diagnosis can be made by a Developmental Pediatrician or Neurologist.

The Centers for Disease Control and Prevention issued their ADDM autism prevalence report. The report concluded that the prevalence of autism had risen to 1 in every 45 births in the United States.  The spotlight shown on autism as a result of the prevalence increase opens opportunities for the nation to consider how to serve these families facing a lifetime of supports for their children.

Autism is treatable. Children do not "outgrow" autism, but studies show that early diagnosis and intervention lead to significantly improved outcomes. Visit the CDC website for more information on treatments.

Know the signs and act early!  Learn more about your child's milestones ...

Here are some signs to look for in the children in your life:

Autism is a lifelong disorder.

Currently, the Autism Society estimates that the lifetime cost of caring for a child with autism ranges from $3.5 million to $5 million, and that the United States is facing almost $90 billion annually in costs for autism (this figure includes research, insurance costs and non-covered expenses, Medicaid waivers for autism, educational spending, housing, transportation, employment, in addition to related therapeutic services and caregiver costs).

From the time a child is diagnosed, supports are needed to help each individual with autism achieve their potential. The spectrum of autism also means that the spectrum of life is available to individuals with an ASD diagnosis. From school age interventions, to transition from adolescence into adulthood, people with autism have doors open to them such as college, employment, and independent living. For those who have different skill sets, they also contribute greatly to society with their ASD abilities, which can be unique from their “typical” peers.