He is 10 years old, enjoys Monster Jam and Nascar races, and loves spending time with his family including his 5-year-old brother, Joseph.  His favorite things to do are watching movies, swimming, and playing on the computer and Wii. But most of all, he loves everybody and wants to be a friend to all he meets.

How does Jonathan's family deal with Autism? 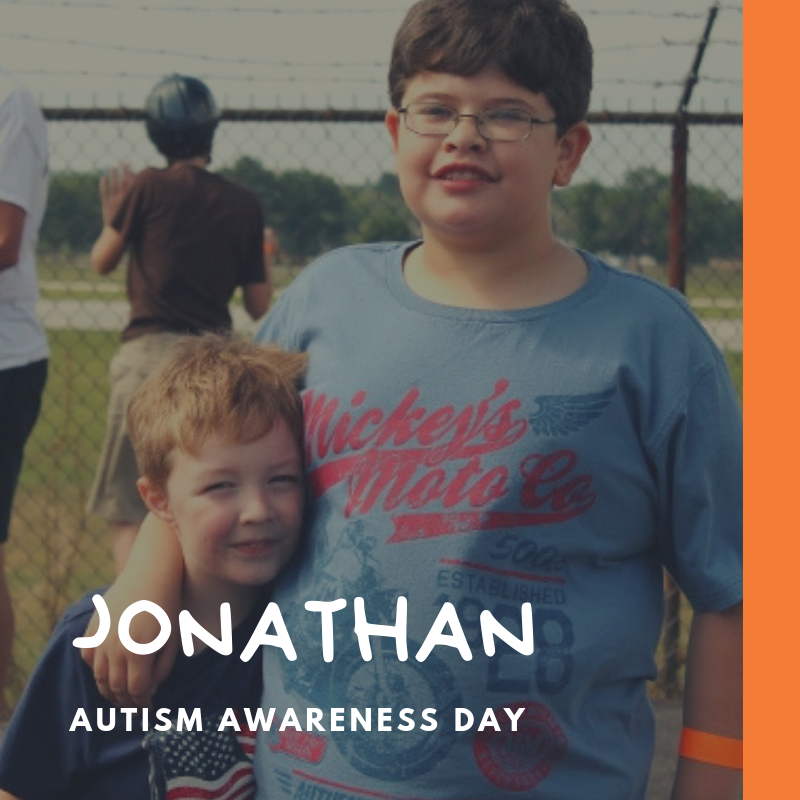 Jonathan’s mom says, “Having a child with Autism has significantly changed our family.  Jonathan suffers when in large crowds, loud environments, and when faced with changes in his routine, as well as suffers from meltdowns.  His Autism affects our personal lives in a sense that we often need to plan things around his needs, and there are some places and events that we cannot attend because we know that he cannot handle the noise or the crowds.“

How has the Autism Society of Greater Akron helped Jonathan's Family?

“We heard about the organization from a co-worker who told me of the iCan Shine Bike Camp.  We asked Jonathan about attending and he adamantly said “NO.”  After seeing a write-up in the Akron Beacon Journal, Jonathan agreed.  He attended the Bike Camp and had a great experience even though he still struggles to ride his bike independently.  We then attended Autism Awareness Day at Derby Downs, and once again were amazed when our son got in the Derby car and went down the hill after being so adamant that he could not do it.  We have seen Jonathan do things that we never thought he would do.” 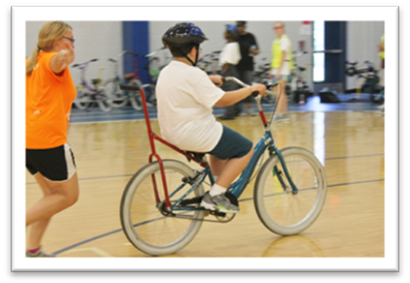 What does the Autism Society of Greater Akron mean to them?

“During the events that we have attended, we have met so many wonderful families that are living and experiencing the same that we are.  We have also met many wonderful people volunteering their time to help children and families who are facing Autism in their life.  Words cannot say enough about what the Autism Society has done for our family.  Thank you to all who support in every way as it does make a difference. “

Give today so that Jonathan and other families can continue to benefit from having an organization with local partners that supports local families, with local dollars.